There are 7 members in proppaNOW.

Vernon AhKee, Tony Albert, Richard Bell, Jennifer Herd, Gordon Hookey, Laurie Nilsen & Megan Cope. Some of these were former members of Campfire Group that started in the early 90’s. A focus for this new group is to develop further opportunities and encouragement for Aboriginal urban artists to practice, promote and market themselves and to provide support and mentorship for younger emerging artists as well.

ProppaNOW provides a constantly innovative approach to Aboriginal Art and urban expression in Australia and the position that is ascribed to Aboriginal people and culture within the national Australian context.

You can find out more HERE 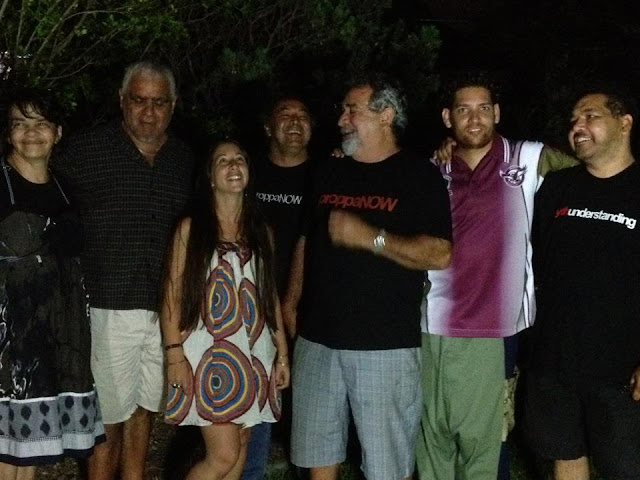 ProppaNOW artists group started in Brisbane in 2003. The founding members of this group were Richard Bell, Joshua Herd, Vernon Ah Kee and Jennifer Herd. It was proposed at this inaugural meeting that a group of Aboriginal artists be set up to support each other as artists initially, and also aimed to change ideas that people had about what Aboriginal art is and what it should be.

ProppaNOW is a title that best encapsulates the philosophy of what the collective is all about.


Click here to read a conversation with Gordon Hookey and proppaNOW.