Please contact This Is No Fantasy + Dianne Tanzer Gallery for enquiries

I'm so busy making art these days that I can no longer maintain this blog.
Please visit my gallery WEBSITE for updated project gallery, bio + CV info.

The Blaktism, a new video work and a high-energy performance and ritual that sees a young female “Fair-Skinned Aborigine” undertake a sacred ceremony in which she receives the rite of authenticity validated by cultural authorities ever present in the Australian cultural landscape.
The sacred ceremony itself results in a satirical cultural assimilation dance party whereby all Australians are liberated, celebrated equally and transgressively renewed through physical and gestural adjustments.

The Blaktism seeks to challenge audience members with subterranean racism within popular culture. It shows the absurd nature of racial classification and disdain for cultural self-determination in 21st century Australia. Inspired by the artist's recent experience in obtaining her ‘Certificate of Aboriginality’; this pop video ultimately interrogates notions of identity, power and Australian social history.

from Siân Darling on Vimeo.

You can hear more about The Blaktism here AWAYE! with Daniel Browning from Radio National
Or read more in The Age with Kylie Northover
Metro Arts exhibition catalogue essay can be found HERE, written by Professor Steve Larkin from Charles Darwin University 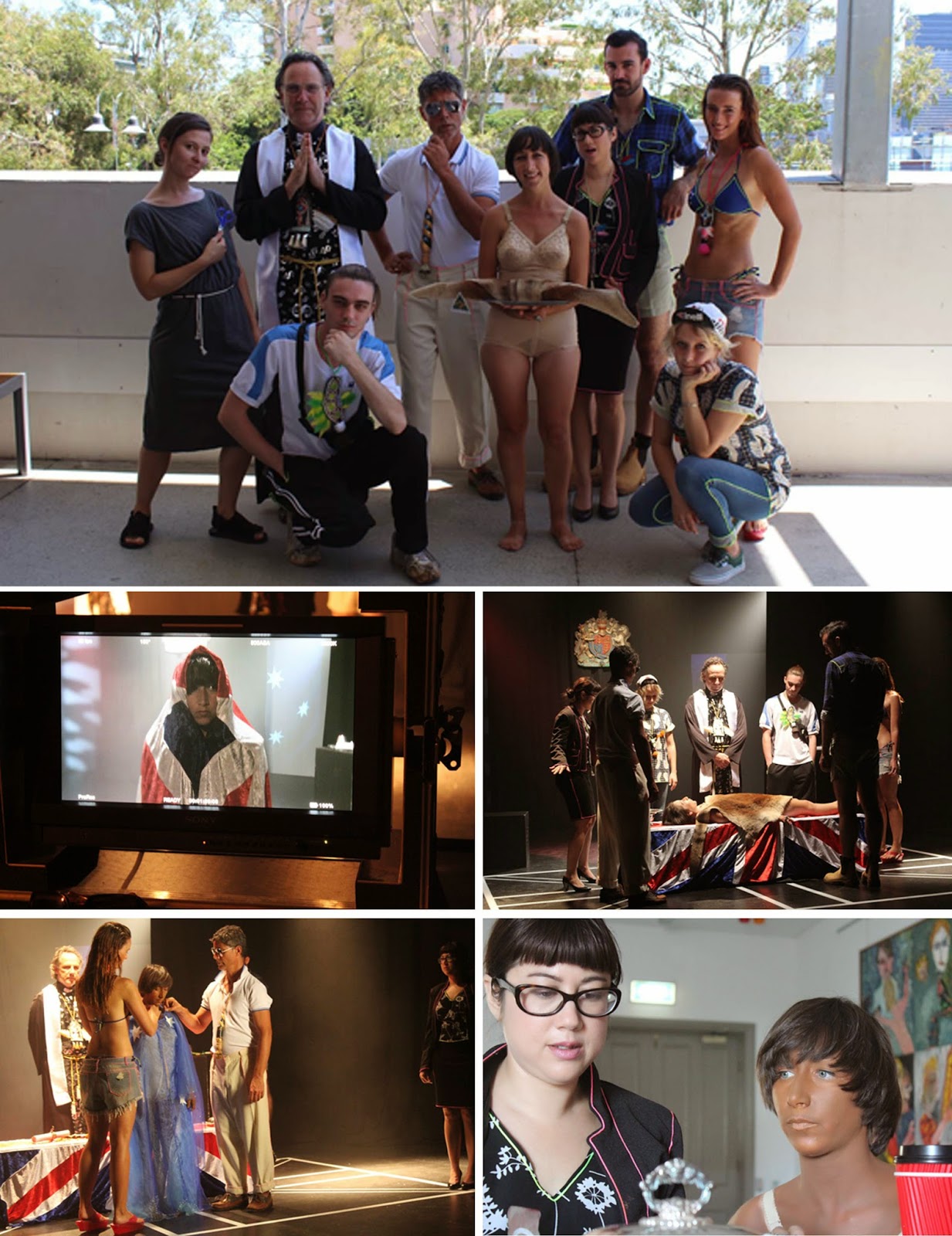 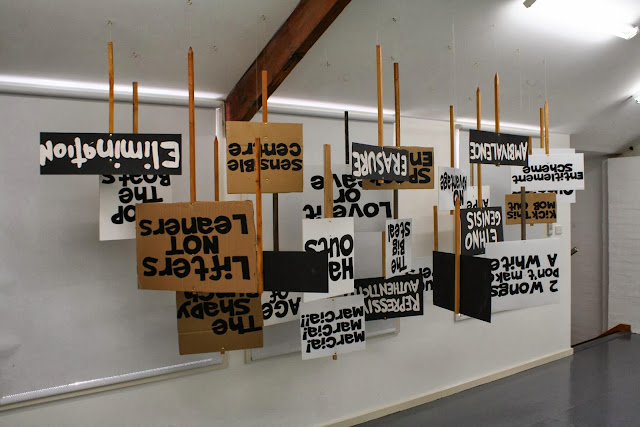 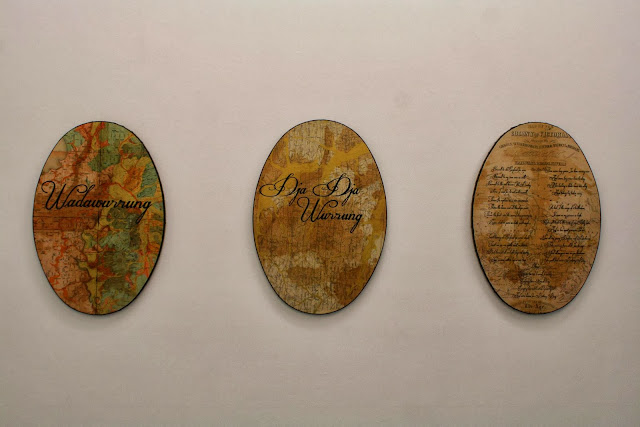 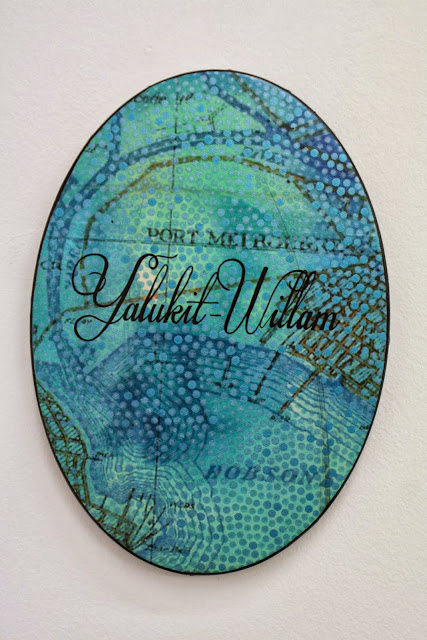 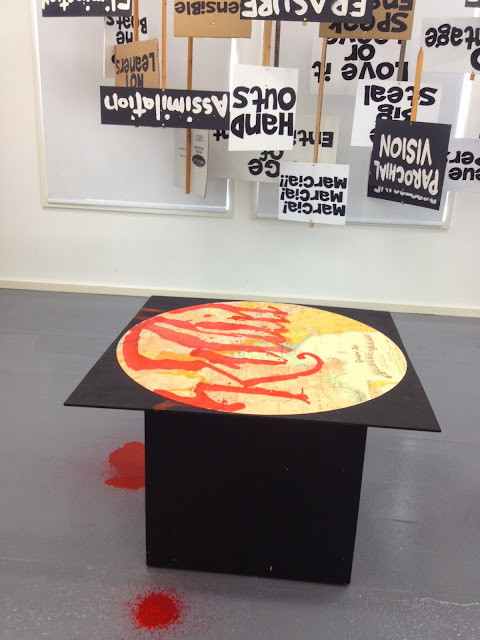 Images: Courtesy of Fehily Contemporary and the artist
Posted by Unknown 8 comments: 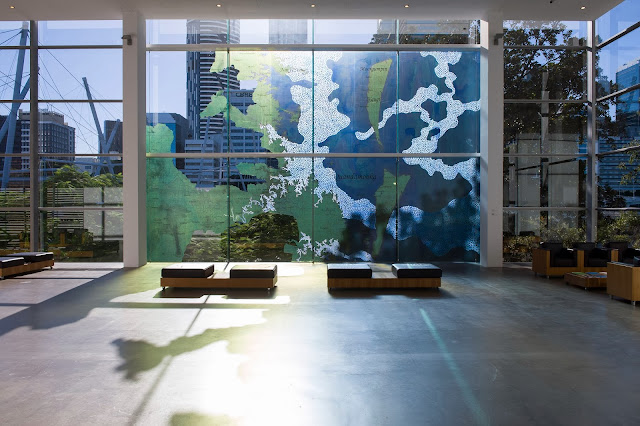 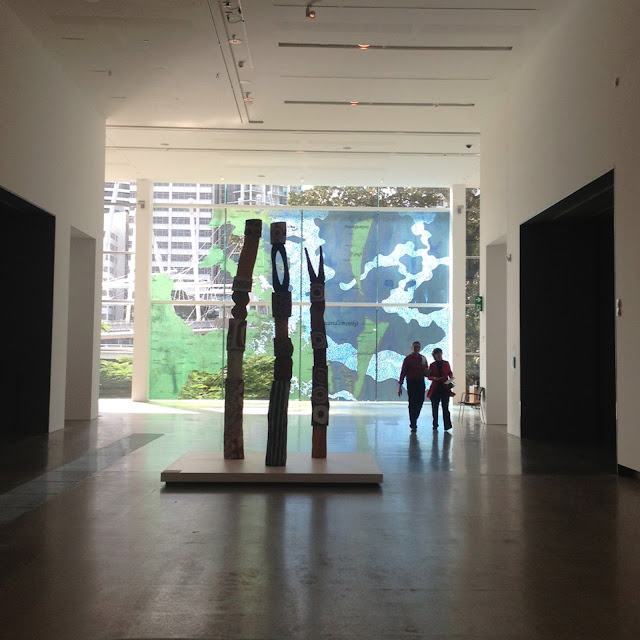 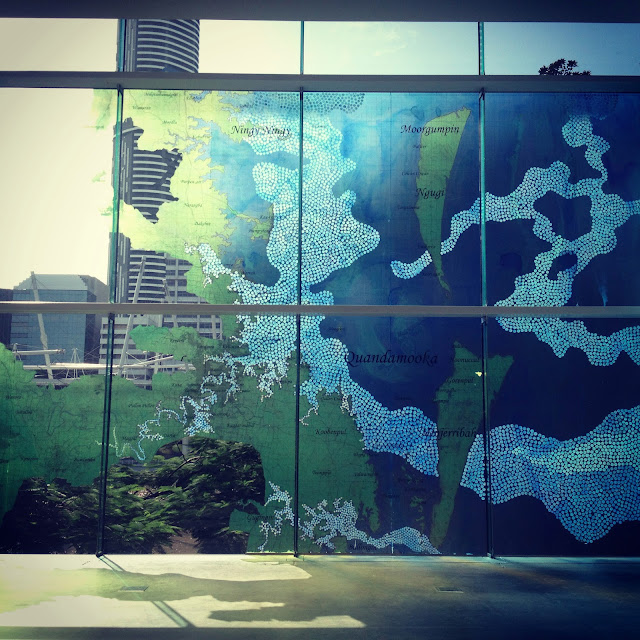 You can also listen in to Daniel Browning's program Awaye! on ABC's Radio National here:
AWAYE! My Country Exhibition
Posted by Unknown 15 comments:

This was a panel conversation with the topic of Just who is black enough?
Panel: Dr Anita Hiess, Dr Chelsea Bond, Kevin O'Brien and Megan Cope.


Author of Am I Black Enough? Dr Anita Heiss; University of Queensland Senior Lecturer with the Aboriginal and Torres Strait Islander Studies Unit Dr Chelsea Bond; Queensland University of Technology Professor of Design, School of Design, Creative Industries Faculty Kevin O'Brien; and artist Megan Cope explore the deep and complex issues around the process of being deemed 'black enough' through the politics of self determination and ancestry.
The panel was chaired by Rhoda Roberts


Clancestry is a celebration of country. This means many things. "Country" acknowledges the Traditional Owners of this land. As a metaphor it connects us to our homeland and regions with a special character. From a performing arts perspective it is both an art form and a popular performance genre. Clancestry is a festival celebrating the arts and cultural practices of the world's First Nation's Peoples. The festival draws on rich spiritual culture and provides a space to connect with other clan groups across the country and the globe. In presenting performances, workshops, free events and conversations the festival moves beyond transactional contact into deeper relationships between all peoples.

Here are some shots of another video I've been working on, with the assistance of Adric Watson again. This series of interventions was shot with time-lapse photography and on the Gold Coast. 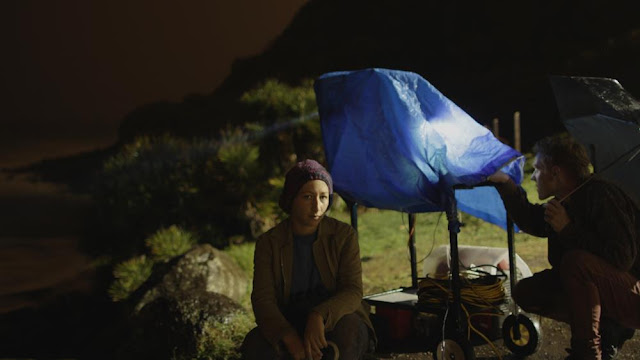 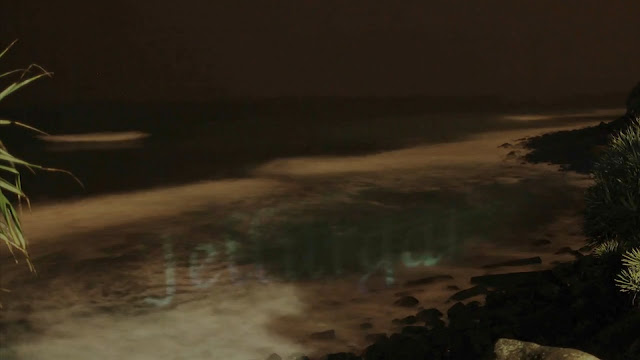 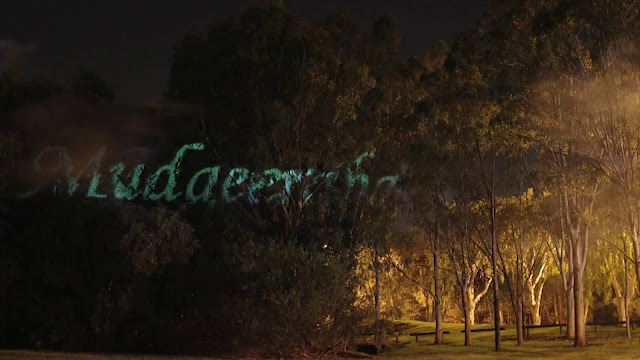 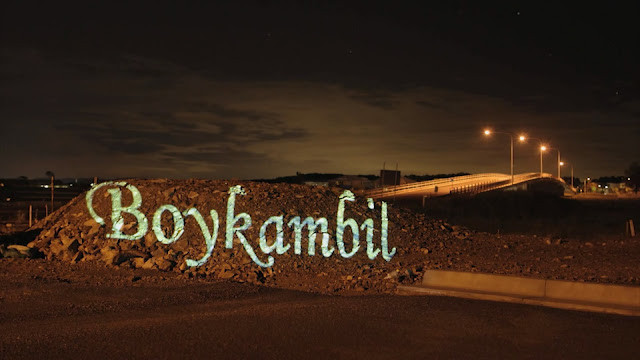