Art with Altitude 2012 was the inaugural temporary sculpture exhibition held at the Airport Village by Brisbane Airport Corporation. Myself and Natasha Smith from Urban Art Projects curated the exhibition with the theme from Land to Sky and Beyond and worked with artists that employed notions of technology, connectivity, navigation and space within their current practice.
Artists in this exhibtion were: Keg De Souza, Sue-Ching Lascelles, Nicole Voevodin Cash, Michael Candy, design firm Inkahoots and Girringun Art Center. 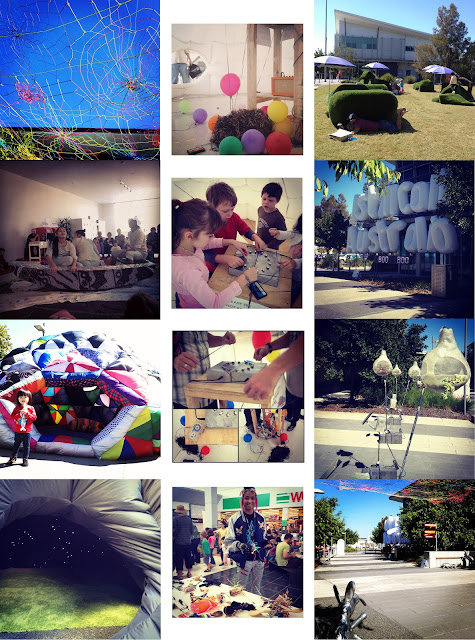 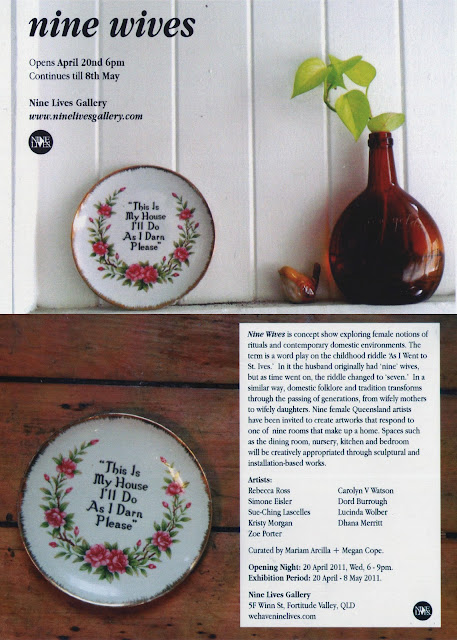 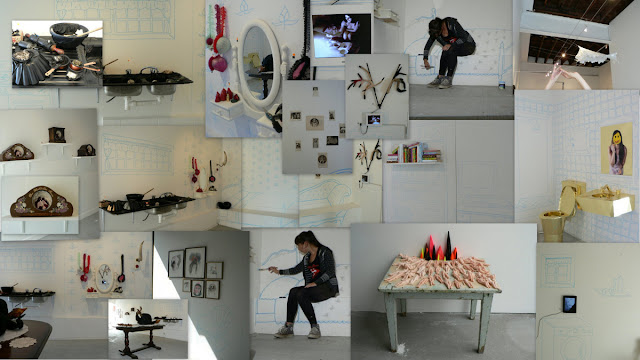 So You Want To Be An Artist & Be Able To Eat?

This was a project initiated by Artworkers Alliance and funded by Brisbane City Council, I curated the young artists for this book and we had an exhibition to launch the publication. 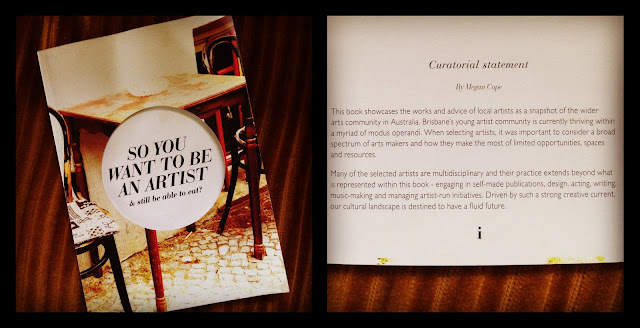 BARI Festival
In 2010, I was the Creative Director of the Brisbane Artist Run Initiatives Festival...We made an Artmap, launched a website, held a week-long series of free events in King George Square as well as ARI's holding their own exhibitions and events during the month of October. Here are some of the things we did: 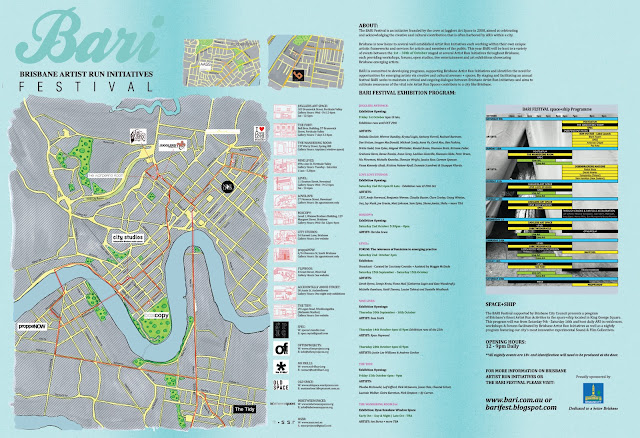 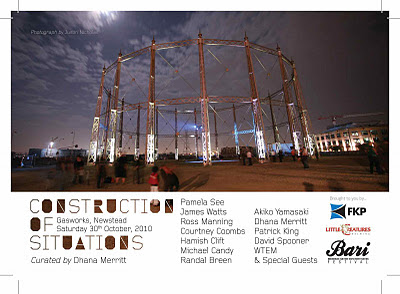 Desperate Spaces
Desperate Spaces was a fundraising exhibition I curated for Artworkers Alliance, about 50 artists produced works from a package I sent them in the post, all works were affordable (under$100) and produced by artists, musicians and creatives based in Brisbane. 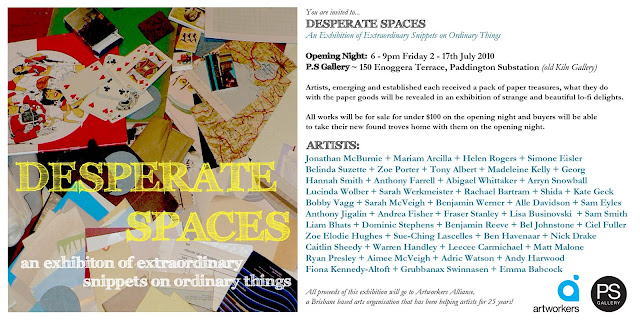 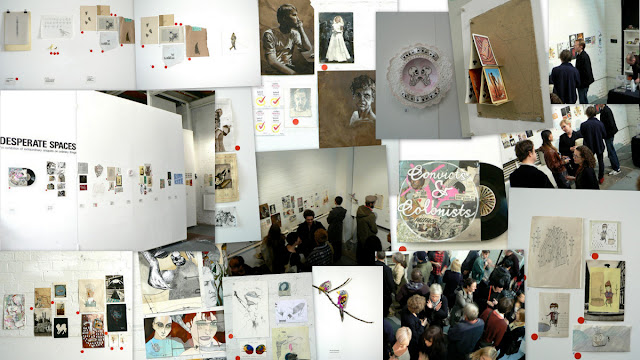 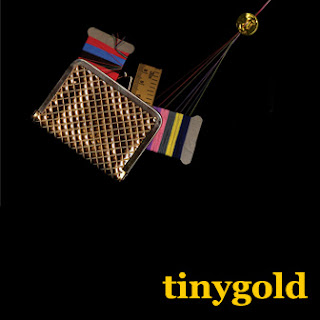 tinygold is an artist-run initiative that ran from 2007-2009 on the Gold Coast by Mariam Arcilla & Megan Cope (pictured below). 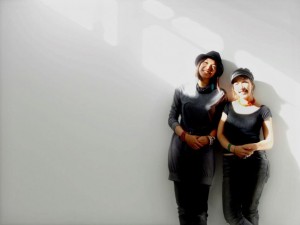 Via our annual program Tales from the Cold Ghost we utilised distressed and empty spaces to showcase the works of local emerging artists, and eventually conduct professional development programs such as artist talks, arts industry consultations, panels, fashion shows and musical performances that championed local talent.

We provided emerging Queensland artists with exhibition resources for work creation, and networking strategies that promoted dialogue between emerging artists and the wider Queensland art community. tinygold acknowledged the importance of supporting the independent arts community in Queensland.

Tales from the Cold Ghost provided artists with the necessary exposure, resources and professional development skills needed to progress into their arts practice. At the same time we sought to define a cultural platform by staging the event on the Gold Coast, a region outside of a major city, and one not normally recognized as an art sector.

Our exhibitions involved an application process, with the criteria open to emerging Queensland artists practicing in all media. We promoted a large percentage of recently graduated and unrepresented artists, as well as artists whose works are experimental, site-specific and involve mixed medium elements.

Staging these shows enabled us to provide many early-career artists with the platform to develop, produce and promote works to a broader market not normally witnessed inside a white-cubed context. 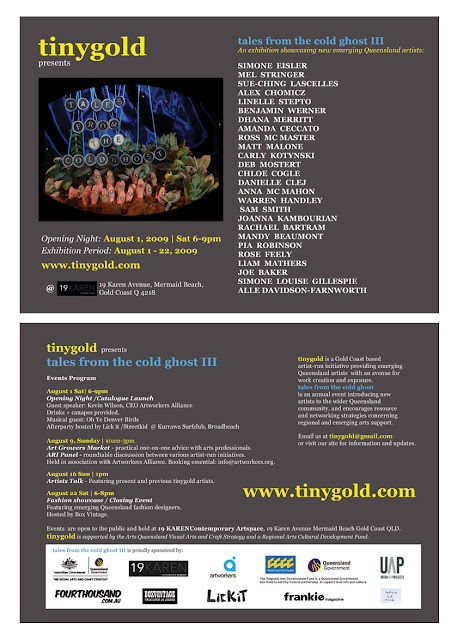 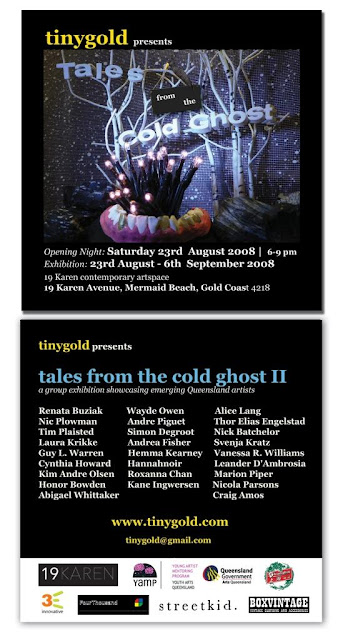 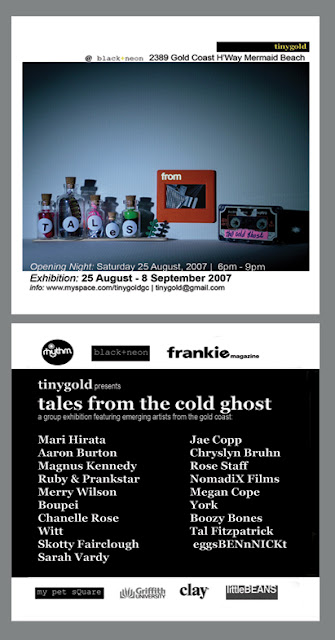